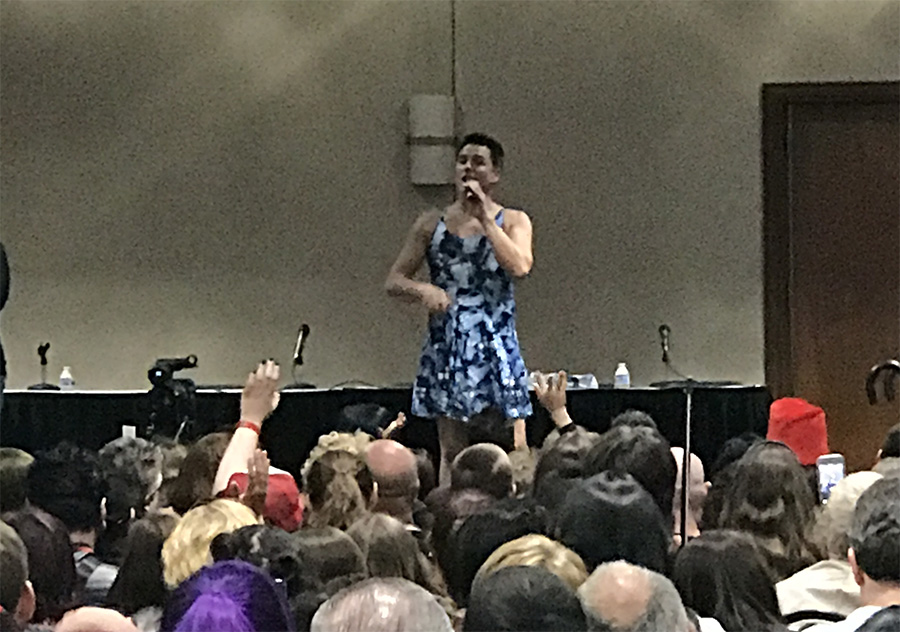 At Motor City Comic Con last month, John Barrowman entered the conference hall before his panel session dressed in a bright blue “gender non-conforming” TARDIS dress that he had bought on the show floor earlier and convinced the on-stage interpreter to sign “hung like a donkey” while audience members stuffed dollars in his shorts.

John Barrowman is still a ball of awesome, and I sincerely doubt that could change no matter what show he’s on.

In an hour-plus session, Barrowman revealed aspects of his life and career that reaffirm just how energetic, flamboyant and personable he manages to remain, and how he uses that to continue engaging his audience. Though he’s consistently requested by fans to return to Doctor Who, he admits that it’s ultimately out of his control. The BBC would have to contact him first, and that isn’t happening right now. That hasn’t stopped him from prodding his fandom to take up the torch, however. Barrowman related one story in which fans began flooding the BBC’s inbox with pleas for his return to the Who universe when they found that the network had to field all requests. The overwhelming response prompted the company to reply back to John with “you need to stop getting your fans riled up.” Letters are one thing, but he acknowledges that it would take more than that to raise the eyebrows of the BBC.

Working on Doctor Who was always one of his dreams, as he grew up watching the show in his youth in the UK. He noted how he often missed homework assignments because he stayed up too late to watch. That’s why he was incredibly happy that the show’s then producers and writers mixed aspects of his personality into the character of Captain Jack Harkness, which were evident even more so on Torchwood. Perhaps that’s why David Tennant is his personal favorite Doctor, as number Ten was notable for incorporating himself into his vision of the Doc. 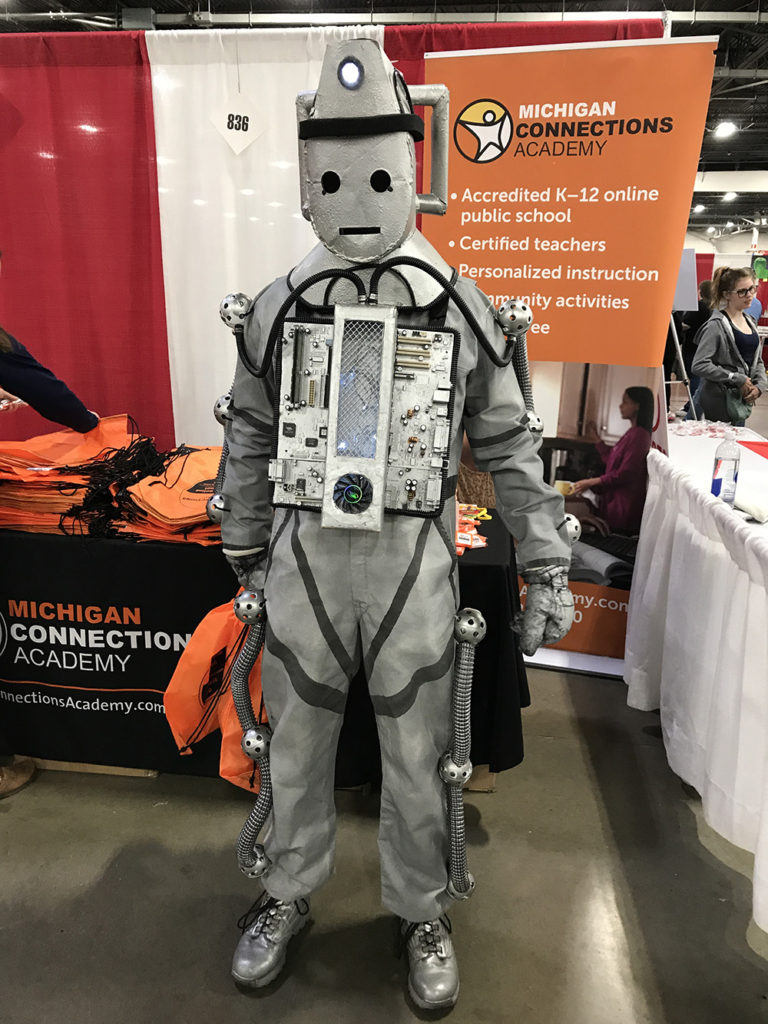 His love of Sci-Fi and action extended into his role as Malcolm Merlyn on DC’s Arrow series, which pushed him in different ways. It’s impossible for him to pick a favorite of the shows he’s been on because they brought and demanded different things of him, but he does realize that it doesn’t always work. Negative feedback to Torchwood: Miracle Day wasn’t because of horrible writing or acting — he put on some of his best Captain Jack performances during its run — but because stylistically it was created to match what American drama and Sci-Fi was doing to help broaden the show’s appeal. Though in the end it didn’t always resonate with the existing fanbase and new fans, it was still successful in bringing Torchwood to more people, which led to books, comic books and audio dramas. Barrowman hinted that he’s excited for the upcoming Torchwood audio dramas by Big Finish, since they capture the style and essence of some of the earlier series.

He’s still Captain Jack to millions of fans, after all. But if he wasn’t? What other character would he play on the series he’s been on?

Well, he wouldn’t mind being back on Arrow as John Diggle’s wife, mostly because Diggle is “hung like a donkey.”